Band by Son of Seven Less 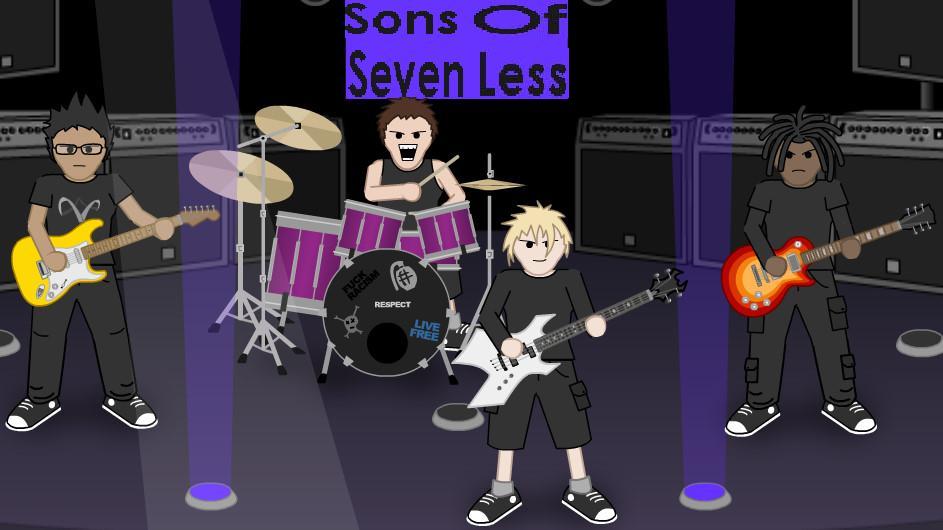 Living in North Florida where all the old citizens of Earth are, this teen human being is breathing in another. Digging through his parents attic bored out of his mind, Samsara discovers his six-stringed future. Quickly addicted, he wanted to discover other related drugs. After his new love consumes his life he now needs the essential connection of other human beings. Soon after, he becomes friends with Zeke, a fellow guitar player. After several punk rock gigs at a blues bar, they cross paths with their future band mate, Aaron - a bassist deep within the trends. The group jams every weekend when not in school and does gigs at the bar on holidays. One night, the trio invites friends over to listen to their practice. Zack, a long time mutual friend of all three asks if they have a drummer and as fate would have it, the hidden talent of a percussionist in Zack was discovered.

School's out for summer and wasting no time, the group officially create the rock-band "Sons Of Seven Less".

Playing at Sid's infamous garage and the blues bar for several weeks, the band decides it's time to move up the chain. The push their demo tape onto the local radio station. Email, letters, taping the demo to the station doors, phone calls, sling-shotting the demo through their open windows, the list goes on. Finally after a month, the radio decides to play their first single "Mad House" at 2:40 a.m....and the phones kept ringing till the sun rose.

That was only 1 year ago. Now, SOSL will be officially releasing their debut album "Meconium" this summer!

Much potential has been unlocked for this raw band. Keep your eyes on them! 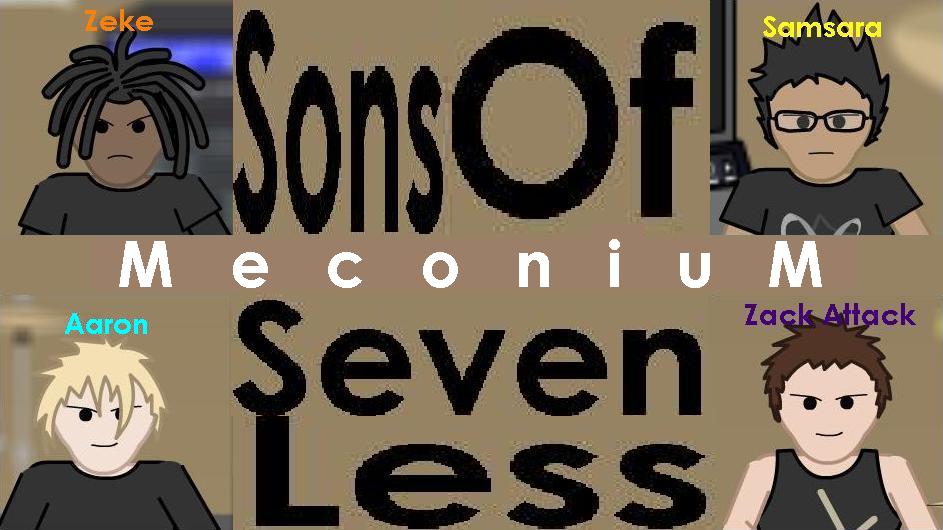